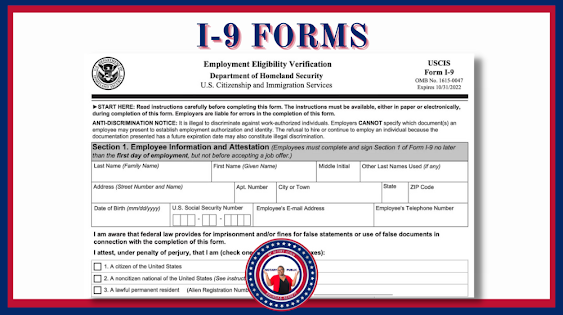 How to Complete a Notary Certificate 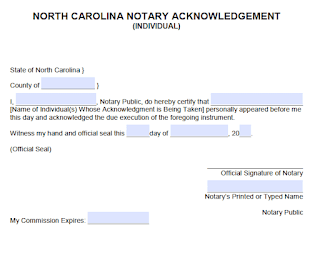 As a notary we are taught that we are non-attorneys in the state of North Carolina and therefore our focus is to ensure that all documentation presented to us has no blank spaces prior to us notarizing it. The only part of the document that we have full control of is "our certificate." In the example, an image of the acknowledgment certificate gives you the seven to eight essentials that certificate must include: The venue The name of the notary in the body text (may or may not be applicable) The name of principle signer(s)  The date of the notarization The notary's signature The notary's printed name The notary's expiration date The area where the notary's seal/stamp should appear If any of the following things are not listed on the certificate, we can either add them or add a "loose certificate." In the example we must always enter the current city and state that we are in at the time of the notarization. If there's an area in the paragraph t
Post a Comment
Read more

Do You As A Notary Feel Overwhelmed or Lost? 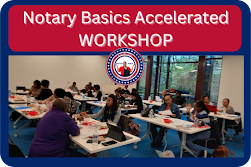 For both new and experienced notaries in North Carolina, our commissions expire five years after being recommissioned. The Secretary of State does not require continual education, nor is it mandatory. After rethinking a lot of things since 2015, when the new edition of the North Carolina Notary Public Manual came out, I found that many of the details that were in the manual when I first became a notary in 1998 were no longer there. Year after year, I would hear notaries complain about feeling lost and avoiding customers who needed titles notarized, as well as being intimidated when an attorney-in-fact presented documents, and how they were doing a lot of things wrong and had stopped notarizing anything entirely.  In 2018, I decided to start "The NC Certified Notary Signing Agent Confident Training" because NC Notary Law doesn't recognize "signing agents." It's in black and white on page 62. This class focused on in-person, hands-on training for those who a
Post a Comment
Read more

Happy Veterans Day to All My Fellow Veterans 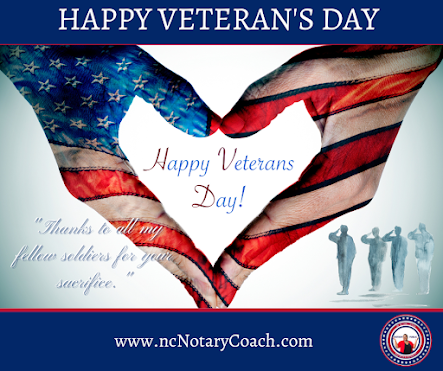 Hello fellow veterans I'd like to take this time to say, " Thank you for your contributions to this country. Your bravery, sacrifice, and strength are not unnoticed, and we will be eternally grateful to you and your family for everything you have given to the country. I'd like to express my gratitude for all that you've done! Thank you for devoting your time, courage, and sacrifice to this country for all human beings." Many Americans do not understand what it is like to walk in a soldier's boots once we've sworn into office to serve our country. Our decisions are no longer ours for the government owns us, literally. There are missions that we take and we cannot talk to others about due to the confidential nature of it all. Many things that a soldier endures that has long life effects when we rejoin civilian life.  PTSD is "Post-Traumatic Stress Disorder" that can happen to more people than those that served in the military and is usually roote
Post a Comment
Read more 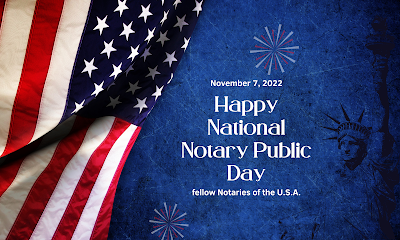 Please express your gratitude to the notaries public in your life on November 7th, Notary Public Day. Without the skill and care of a notary public, transactions that are crucial to the normal functioning of our daily lives would be impossible. There are approximately 4,8 million notaries public in the United States, all of whom serve the public interest as reputable public officers. On November 7, 1975, the first Notary Public Day was observed to "recognize notaries for their public service and contributions to national and international business." This is my birth year and it's amazing to know that other fellow notaries were acknowledged and this day was decided to become a date of recognition for notaries. Since the time of the ancient Romans, notaries have recorded events of judicial and commercial significance, as well as private transactions requiring professional expertise and honesty. Notaries are essential to the free flow of trade and the numerous extremely sens
Post a Comment
Read more

What is 3rd Party Fraud? 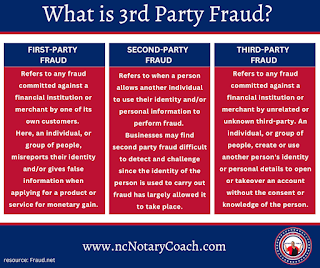 Fraud done against a bank or a merchant by someone who is not associated with either side is third-party fraud. In spite of the wide variety of fraud schemes, three broad categories may be identified. Third-party fraud is an all too typical occurrence. Victims may experience it seemingly out of nowhere, and it can have a significant financial impact. Differentiation What is commonly known as "1st Party Fraud" occurs when a business's own consumers execute fraudulent acts against the business. Allowing another individual to use one's identity or personal information in order to commit fraud is an example of second party fraud, often known as money mules. Since the identification of the individual used to commit the fraud has often been permitted to stand, businesses may find it challenging to detect and contest second party fraud. There are many different kinds of "3rd party fraud," which generally refers to fraud perpetrated against a bank or retailer by som
Post a Comment
Read more

What is the Hype About EVN, IPEN, & RON? 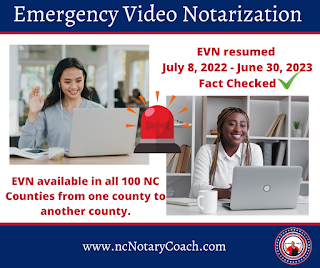 Understanding Our POWERS as a Notary Public ARE VERY IMPORTANT! Know what these terms are: eNotary, IPEN, EVN, and RON. eNotary/IPEN: An electronic notary for North Carolina is an In Person Electronic Notary that is commissioned to assist a principal signer(s) with having documents electronically notarized on an electronic device such as a desktop computer, iPad, tablet, and or laptop. A preapproved software platform will be used during this transaction. The principal signer(s) MUST appear in front of the notary. Everything applies in this interaction as if you were going to physically stamp your notary seal onto a document for a principal signer(s). The one difference is that all documents will be executed electronically and not on actual paper. Register for the class today at your local or nearest community college or university: https://www.nccommunitycolleges.edu/about-us/main-campuses EVN: An Emergency Video Notarization requires a notary to video conference a principal signer in
Post a Comment
Read more
More posts

NC Notary Coach
As a certified and commissioned notary public instructor for NC, I've learned that helping others by way of teaching is a part of my "purpose driven life". I've been helping people learn various things since I was a teenager. I'm a self-made Coach and Consultant for small businesses. My focus is to truly help anyone along their journey to grow as an individual or their business to create a legacy for future generations to come.